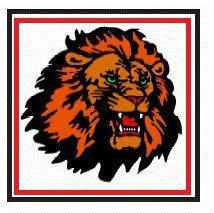 Coach Manuela Harris acted as the head coach for the Riverview Raider’s volleyball team for the 2019-2020 season. Harris is a Harding University graduate where she earned a full athletic scholarship as a Lady Bison volleyball player and received numerous accolades during her athletic tenure at Harding University. She is active in multiple volunteer organizations and is licensed as a business education and physical education teacher.

Coach Clark Brewington is an all-around athlete who worked in various athletic operations during his time at Evangel University. A 2020 graduate, he holds a Bachelor of Science degree in Sports Management. Brewington is the recipient of a number of athletic recognition awards in both his college and high school athletic careers.

Coach Katie Cooper is returning to the Searcy School District after spending the last eight years as the Bald Knob Lady Bulldog’s head basketball coach where she led the Lady Bulldogs to three straight state tournaments and six straight regional tournaments. She was recognized as an All-Star Coach finalist in 2017, and she served on the Arkansas High School Basketball Coaches Association as a board member from 2016-2018. Cooper played college basketball on a full athletic scholarship at the University of Central Arkansas and graduated in 2001.